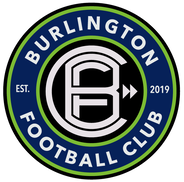 The main focus of the BFC Premier Program is to prepare teams to successfully compete in league and tournament play both inside and outside Vermont, with the goal of developing exceptional, regionally-competitive teams. While, the BFC Club Program is designed to empower aspiring players to build a strong technical foundation with an undeniable passion for the game.

U12-U19 Premier teams and U10-U19 Club teams will have 2 trainings a week from November-June. U8 teams will train once a week.  The U6 Coed Program, which starts in January, will train once a week as well. During the winter months, indoor trainings will take place at Shelburne Field House for all age groups. Then, from April to June, BFC teams will move outside to train at UVM for U14-U19 and Calahan Park in Burlington for U6-U12.
​​
Tournament and team competition strategy will be determined team-by-team once the roster is set.
REGISTRATION COST
Included in Tuition:
Additional Fees:
2022-23 BFC WINTER/SPRING TEAMS

U6 COED (2017 & 2018)
Club Team Coach: Graham MacHarg​
BFC has several sponsorship opportunities for businesses at all levels.
​
​CLICK HERE to inquire about how your business can become a BFC Sponsor.
BFC is a community-based, values-driven, 501(c)(3) non-profit soccer club based in the greater Burlington, VT area.